With 2020 well under way (and plenty of time on my overly-sanitized hands..), I'd like to take a minute to revisit the past ten years of my artistic endeavors...which consists of drawings, paintings, comics, animation, music, videos and art shows: 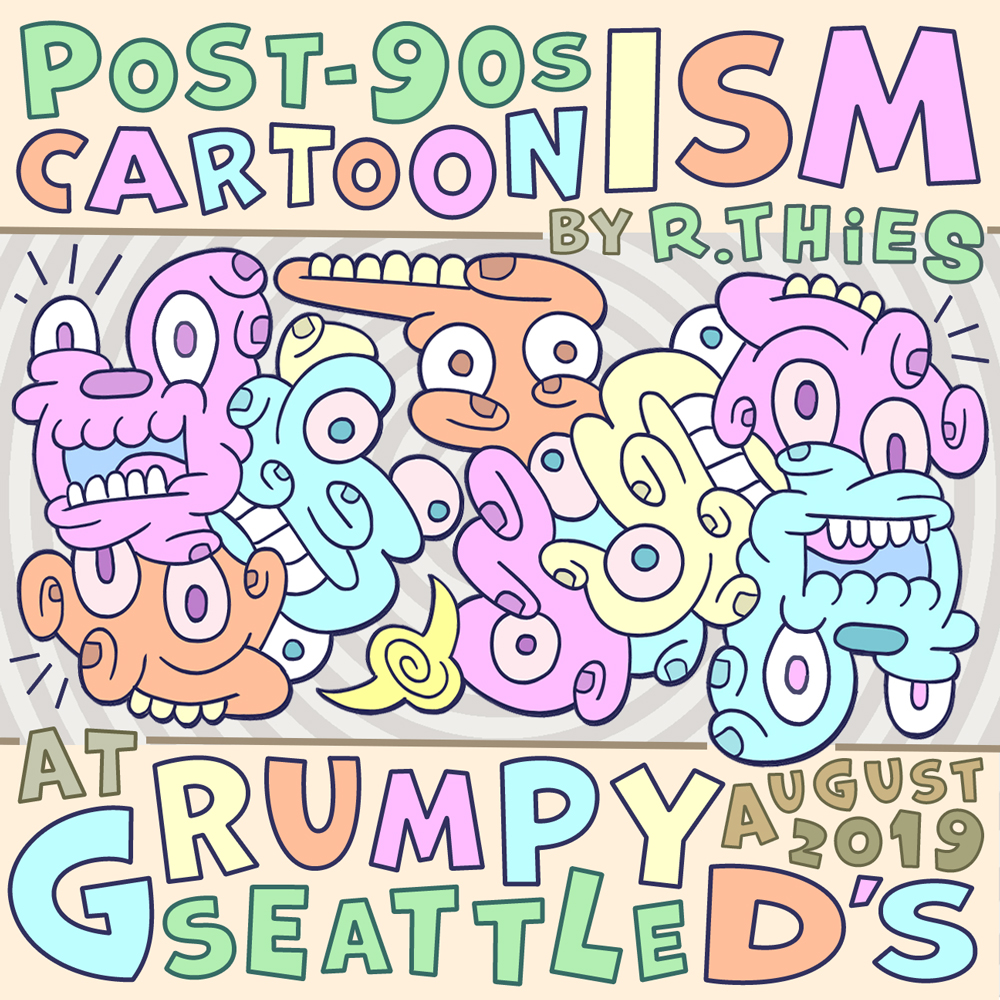 I hope my works of Cartoonism will amuse you, or perhaps inspire you in some way. You might be really weirded out by some of it. It's definitely NOT everybody's 'cup o' tea', and it isn't exactly suitable for kids, either. Thank you for taking a look, anyways - R. THiES 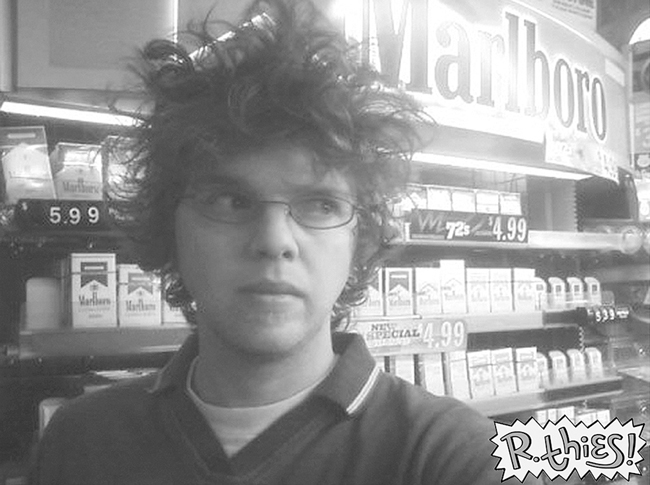 At the beginning of 2010, I was working the graveyard shift full-time at a Shell gas station (i.e. Johnson's Superstop) in my hometown - San Marcos, Texas. I could usually squeeze in a little bit of doodling during my shift...which kept me sane-ish: 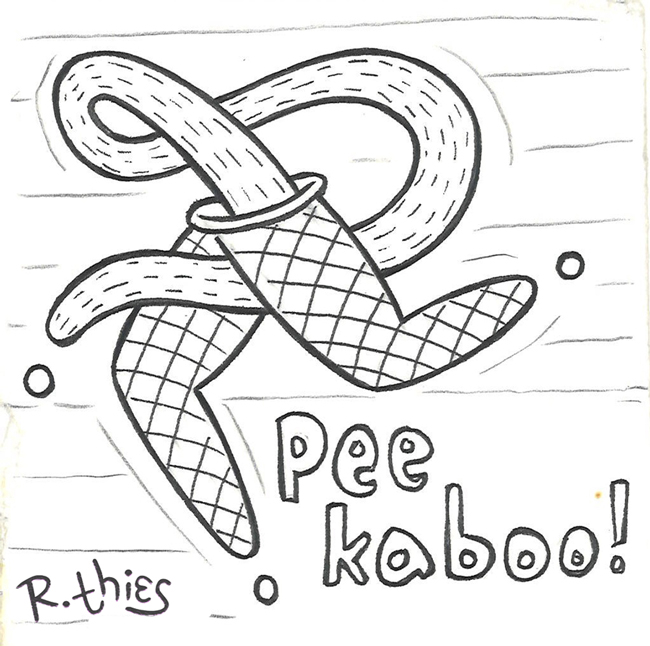 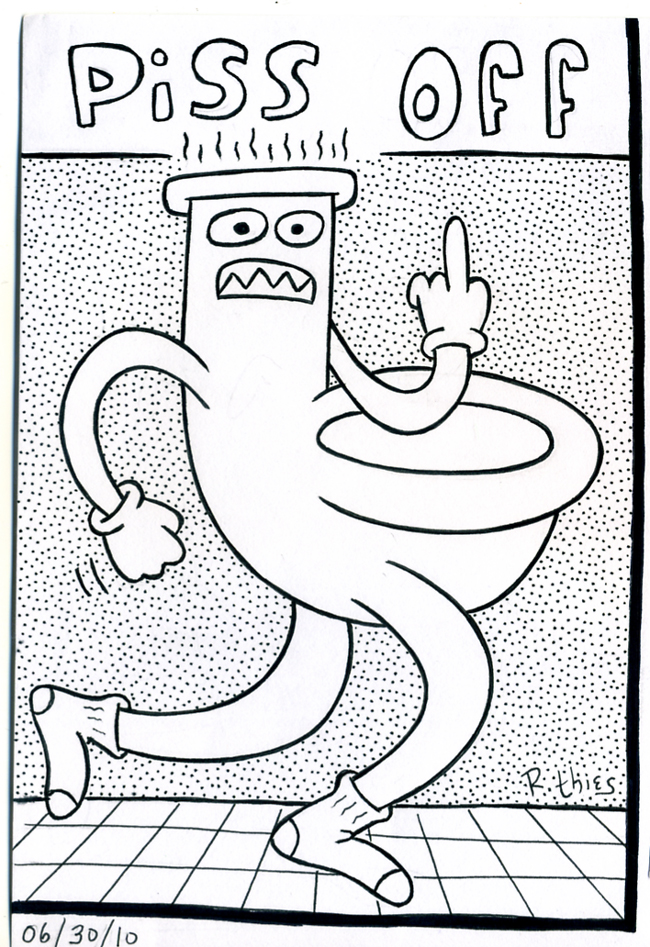 My favorite drawing from my 'Life in sHell' period is 'Big Cheese'. I drew Big Cheese while at work on my 29th birthday. What a gift! 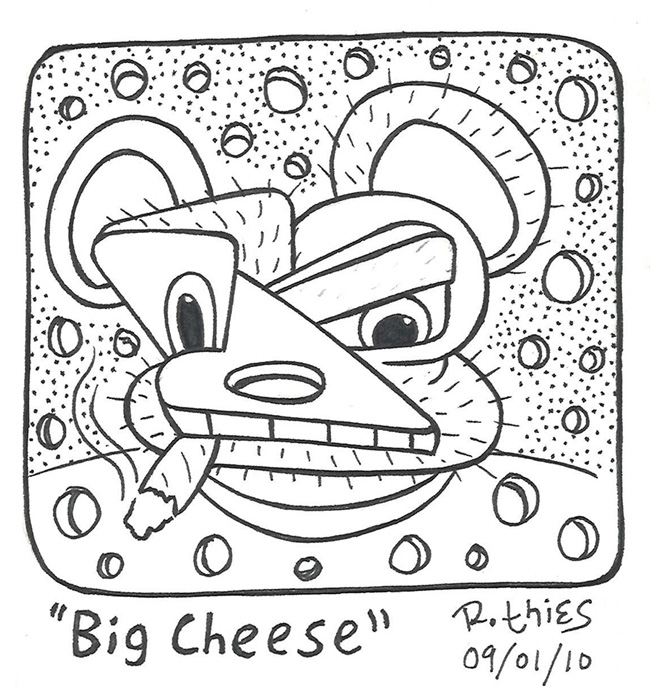 Now here are some of the digital drawings I made in 2010. Using a Wacom tablet (and my peripheral vision) in Adobe Animate/Flash: 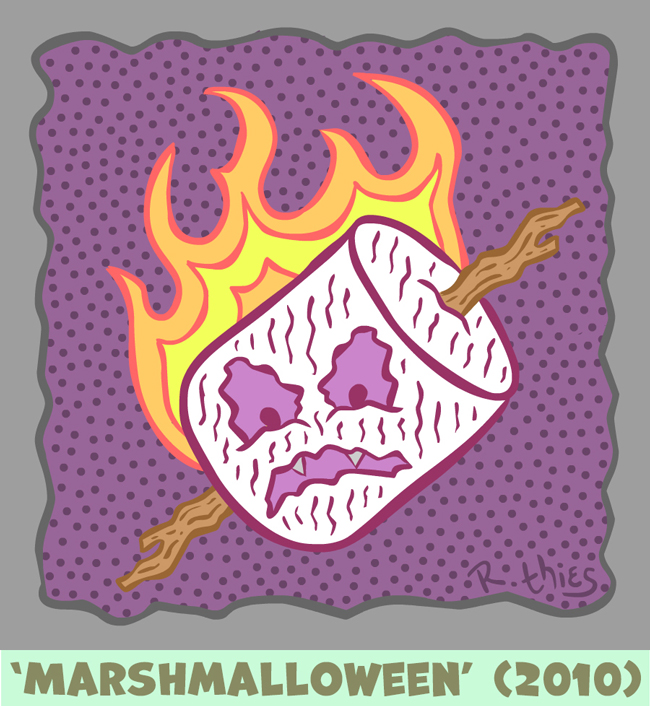 All my digital work is based on art that I have previously created. A hopeless perfectionist (virgo alert) - I tend to revisit older works...in hopes of making them better or just trying out another color palette 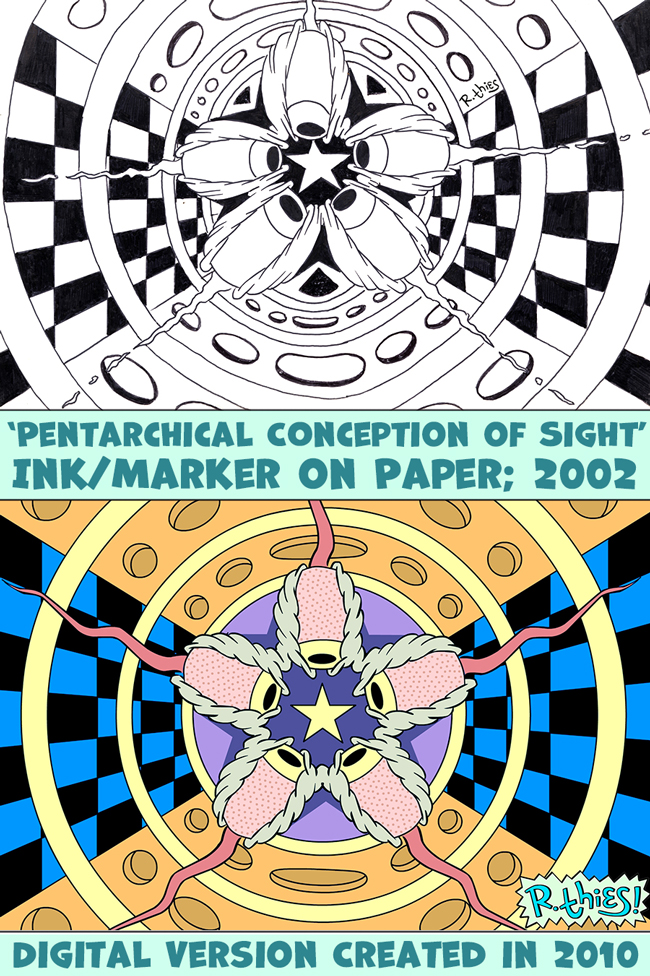 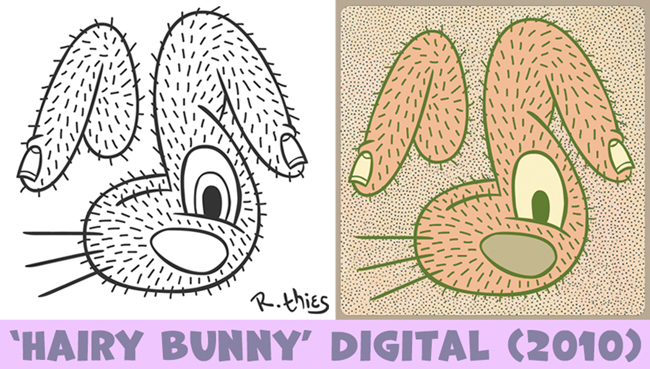 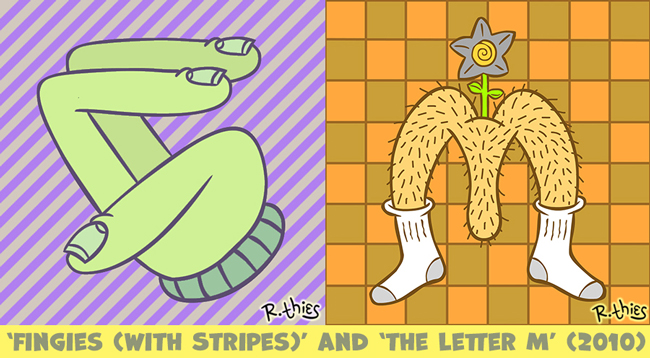 I took a handful of these digital works and had them turned into pinback buttons, all thanks to Busy Beaver Buttons in Chicago 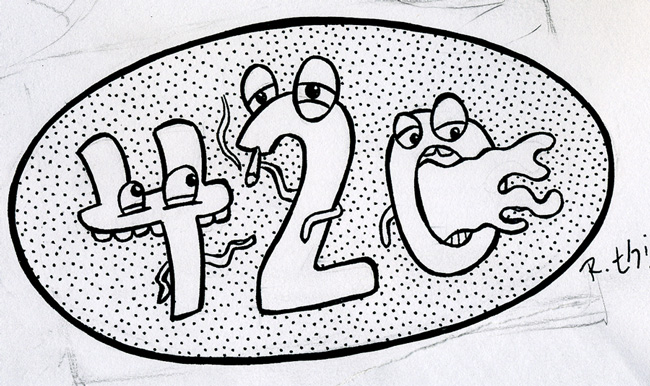 I had the opportunity to do some art for the band, Funkotron. Here's a t-shirt design plus an album cover that I created for them: 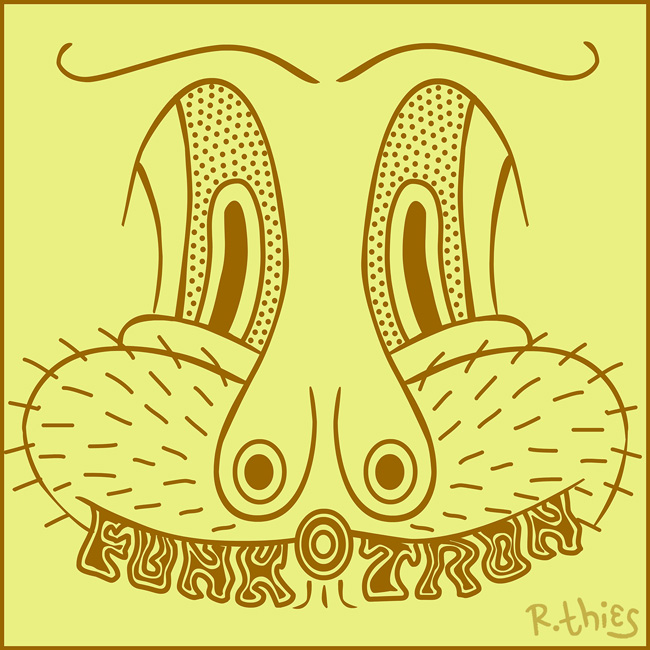 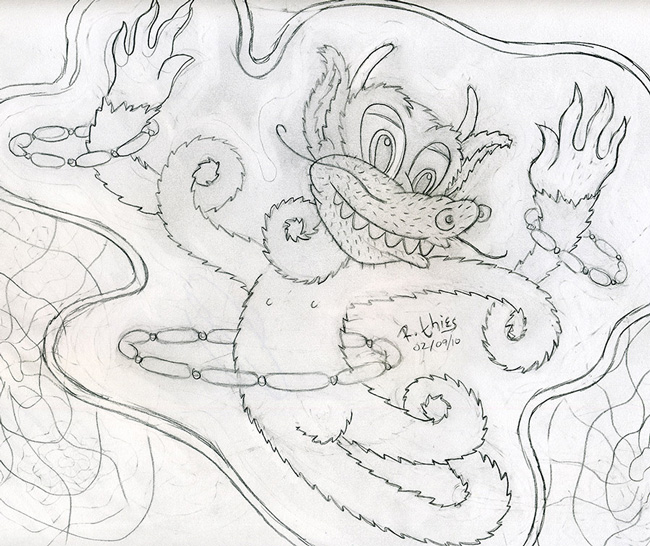 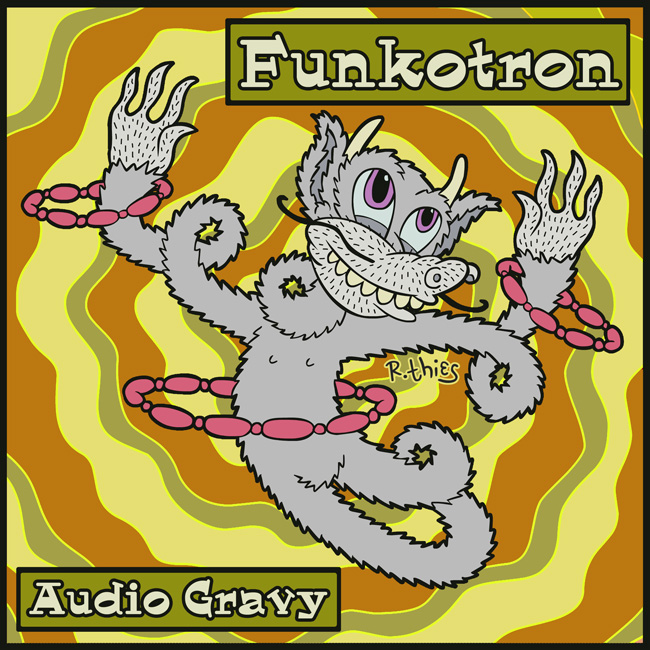 One of my main projects during 2010 was turning my animated cartoon - The Toke Before Christmas - into a minicomic. The Toke began as a little parody that I wrote in 2001. I started drawing up storyboards for it in 2005 and completed the animated short in 2009.

In addition to the minicomic, I also made a few test DVDs of The Toke Before Christmas, and designed the case packaging for them

I submitted The Toke to Spike and Mike’s Sick & Twisted film festival and was surprised when it was selected for their 2010 showcase: 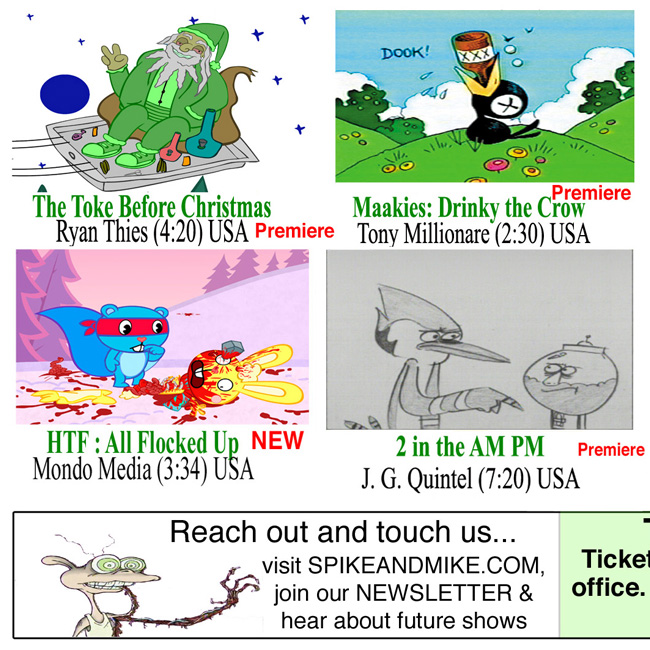 I hosted my own little screening of The Toke Before Christmas and released the 44-page minicomic at Wake the Dead in San Marcos: 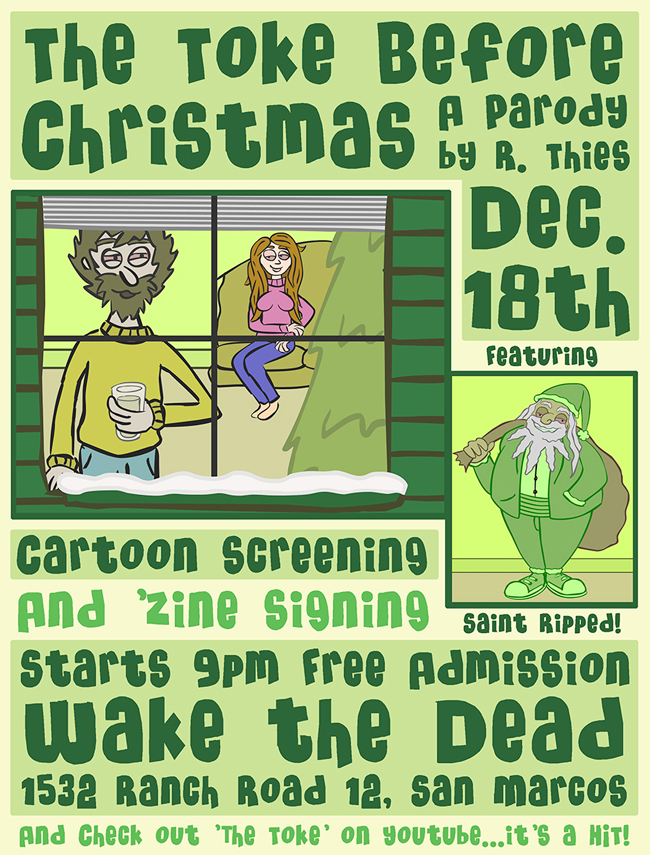 Raul was selling his Keep San Marcos Cooler Than Austin shirts and sweaters, as well as bowls he had made out of vinyl records 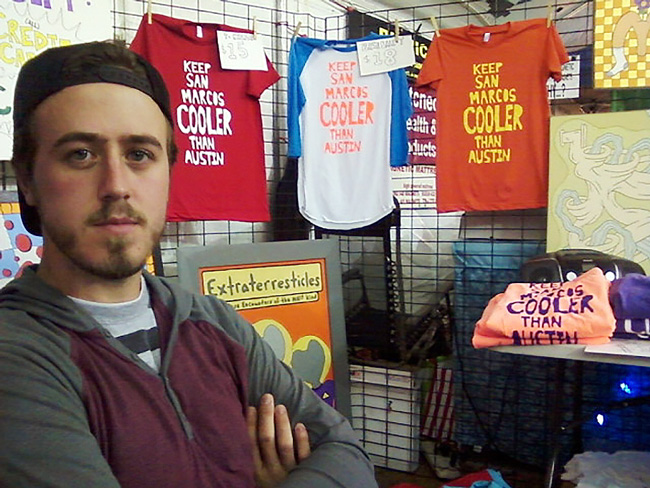 Miggy was drawing caricatures for people at the festival and selling original drawings, t-shirts & prints of his Lowbrow art: 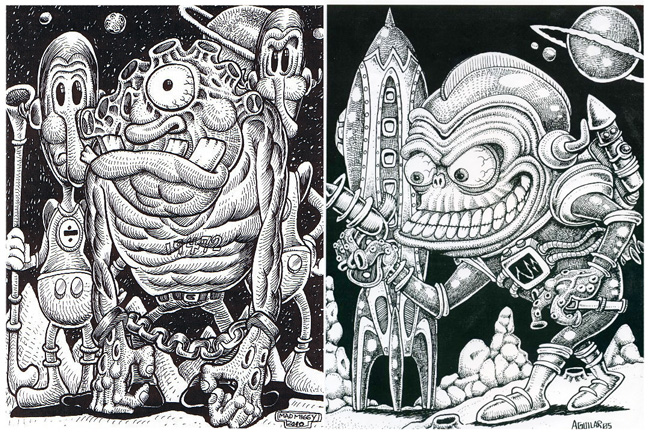 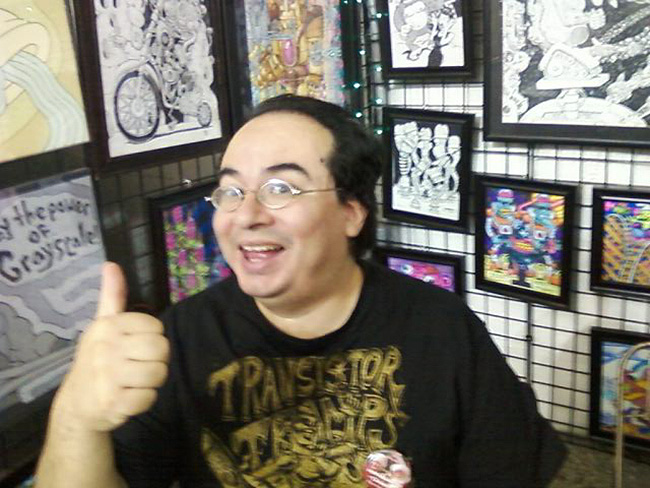 I released a sixty-page anthology of my art zine, THOUGHT NOG, at Sights & Sounds. I started making Thought Nog in 2007 and released nine issues before putting together this anthology. 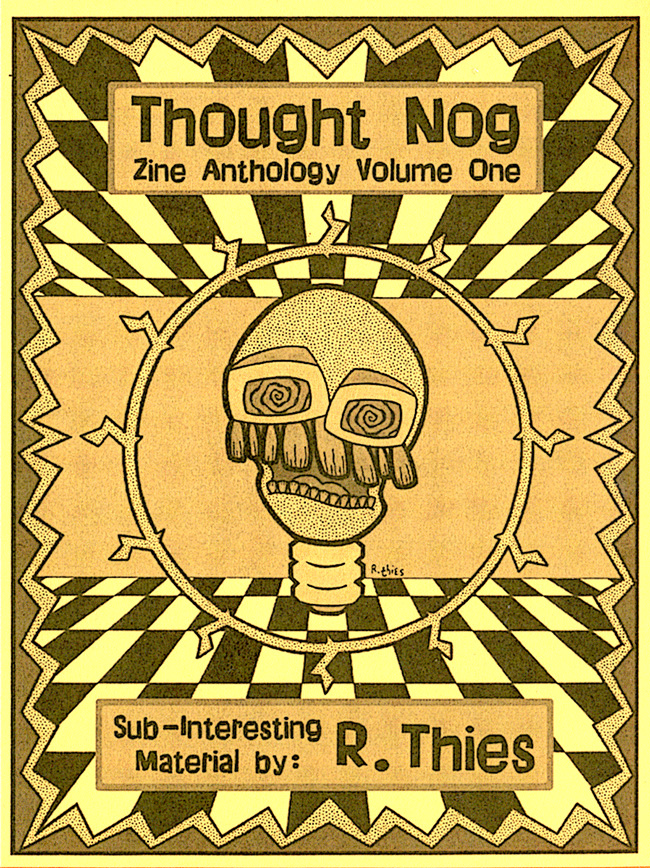 In addition to the Nog anthology, I was selling an assortment of buttons, stickers, postcards, prints, posters and potheads. 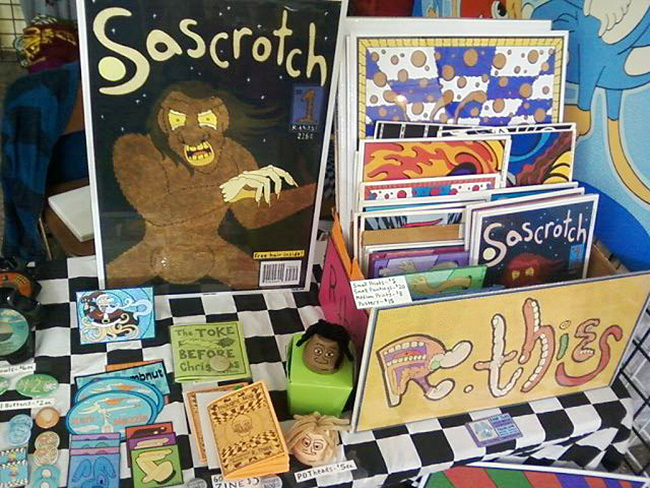 Our booth was some sort of counterculture hub at the festival: 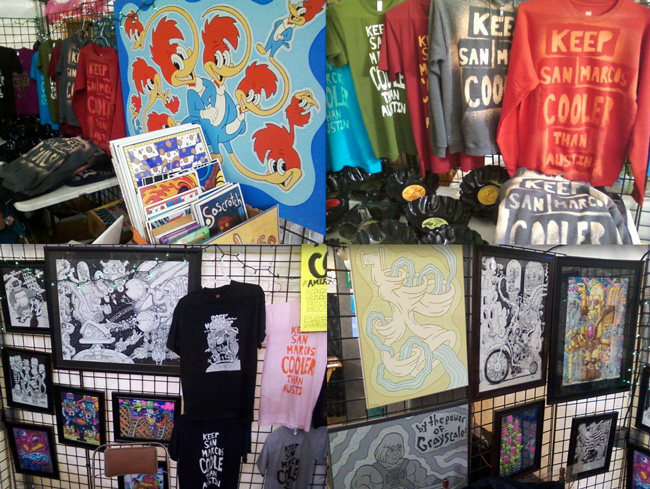 Apparently, my Sascrotch poster on display caused a bit of an uproar at the 'family-friendly' event. During the second night, I was asked to remove Sascrotch from view by one of the event coordinators, as they had received several complaints about it. I'm not sure what's so offensive about an ambiguous bulge. 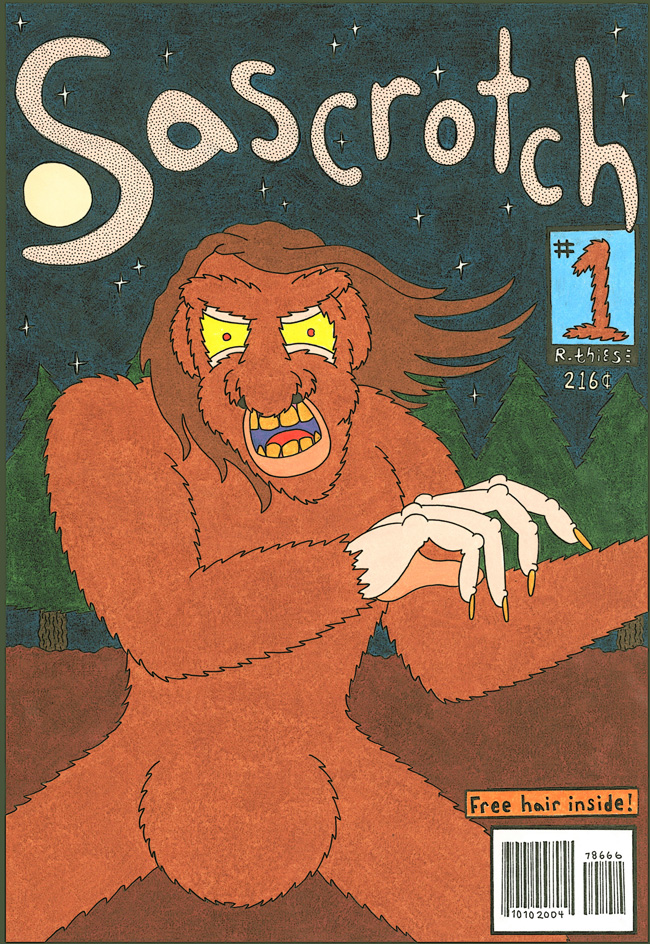 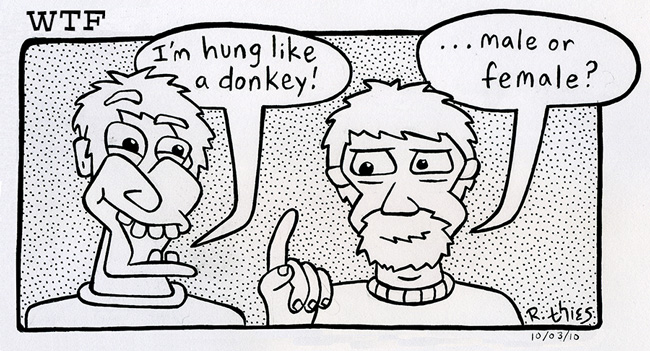 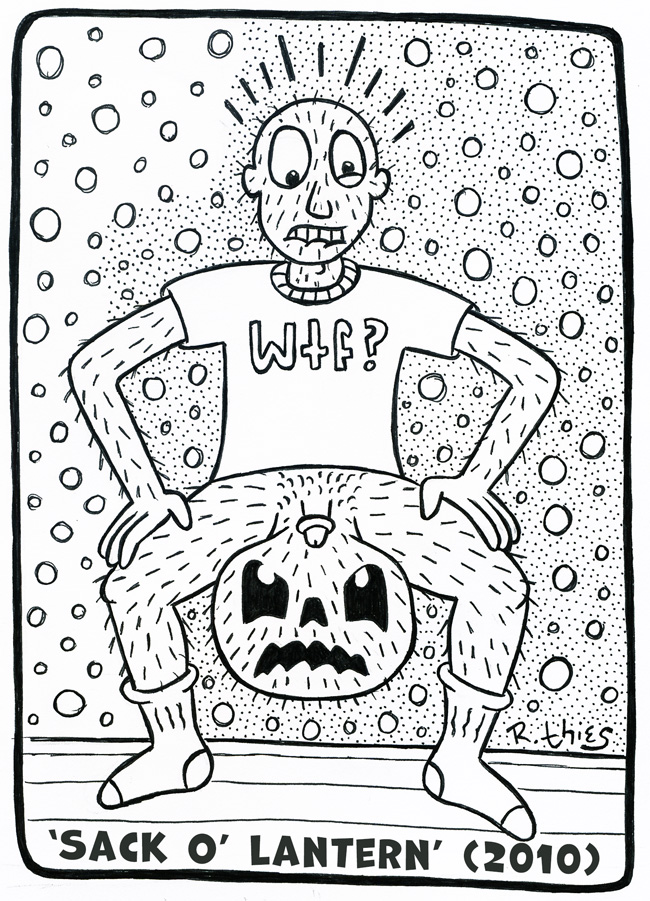 Well, that about wraps up the highlights of 2010. Turned out to be a pretty good year! I will be posting about 2011, eventually.